An Honest Conversation About Toxic Masculinity and Its Impact

We hope you love the products we recommend! Just so you know, we may collect a share of sales or other compensation from the links on this page at no additional cost to you. Thank you if you use our links, we really appreciate it!

In today’s society, we have seen many people discuss their idea of how men should be. This is due to many traditional beliefs being challenged from the media, women, and men. There are ton of buzz words that have been thrown out regarding these discussions. One of these buzz words is called toxic masculinity. In case you haven’t heard the phrase or don’t know what it means, it is defined by these three things:

I want to touch upon the impact that toxic masculinity can have in different areas of our lives. Now, I am not suggesting every aspect of masculinity is bad. Ideas like men being able to be problem solvers and protectors is a good thing for families. However, I believe it is important to be honest about some beliefs that need to be a thing in the past so we can move forward as a society.

How is toxic masculinity related to parenthood? All of our interactions with people will help shape our children’s view of the world. If we communicate that the idea of men suppressing their emotions or the idea men have to be “strong” 100% of the time can be detrimental to our children.

For boys, if we teach our young man that they have to be “hard” at all times, this can lead to problems later in their lives. Our boys will likely use violence in school and other areas to solve their problems. There is the possibility that they can develop sexist views of what women and men “should” be. Lastly, our boys likely won’t learn how to process their emotions in a healthy manner. This is a concern due to the correlation with higher rates of suicide and drug abuse among men.

For girls, if we display these traits of toxic masculinity then this can impact them negatively as well. For example, they will be taught that they are not on the same level as men. You see this in jobs and everyday interactions where there are actual men who do not respect their bosses or coworkers because of their gender. Displaying traits of toxic masculinity undermine women’s ability to make their own decisions versus depending on a man to do so. Lastly, women typically (not always) will look for relationships with partners that possess similar qualities as their fathers. If you display toxic traits in your relationships, that will potentially be the example your daughter will seek out later in life.

Next, I want to highlight how toxic masculinity will have an impact on relationships if it goes unchecked. As a man, it has been communicated that men shouldn’t express their feelings unless it is anger. While this is a gender norm, this concept can actually destroy your relationship. This is due to the fact that many relationships fail due to a lack of communication. Avoiding what causes us to feel insecure, sad, or happy based on gender norms is a disservice to both yourself and partner.

Another toxic gender norm is the role of responsibilities in the household. The idea of women solely serving men by cooking, cleaning, taking care of the kids, and just laying on their back is extremely sexist. This type of thinking only promotes the idea that women’s sole purpose is to serve men. Also, this type of thinking downplays the mental load of stress women take on to keep our households afloat. Lastly, it undercuts women’s ability to have a say in what they want in their relationships. Some women do not want children or want to focus on their careers while raising a child. The conversation would then have to shift towards men maybe stepping in the role of being the stay-at-home parent. This idea totally goes against the grain of our society. The concept of toxic masculinity will devalue that man who is supporting his family.

You might ask yourself in what ways does toxic masculinity relate to careers and the work place? Well I can tell you that it is relevant in more ways than you think. For example, I remember one time I went to conduct a training at a high school in Pennsylvania. I witnessed male teachers purposely avoid their principal because she is a woman. Those men believe that women shouldn’t be in positions of power.

Why is this type of thinking problematic? Its problematic due to it being rooted in sexism. It communicates that women are not smart enough, wise enough, or have the ability to be a leader. Lastly, it limits the income potential for women that comes with positions of leadership.

Toxic masculinity can have an impact in the workplace in other ways as well. Treating women as if their opinions don’t matter because of their gender dehumanizes them and can lead to them being mistreated and discriminated.

Another way is through objectifying women. Forcing women to perform sexual acts so they can advance their careers is illegal and can be considered rape in some instances. Women should not be viewed as objects and rather be viewed as people. The men who go against that type of culture can be seen as outsiders too. There is an episode of The Office that highlights this reality where Jim stands up for the women against sexist new boss Deangelo Vickers. This is a funny way to shed light on this problem but it does happen in real life.

In conclusion, there has to be a conversation surrounding outdated gender norms. There are some aspects of masculinity that can be a good thing such as being a protector or a problem solver. However, some aspects can negatively impact our children, jobs, and relationships. I challenge everyone to ask themselves this question when it comes to gender norms, does this idea or concept help or hurt others around me? If the answer is hurting anyone in any capacity, maybe this should be an idea that should be scrapped.

Self-reflecting is critical to ensuring that our relationships are healthy and we are setting a good example for our children. I am not suggesting that I am 100% perfect when it comes to this. I have some things I have to work on but I’m actively trying to get better and be respectful of others. My belief is that that we have to adapt to the changing world so we are not left behind. Our children, spouses, and jobs depend on this.

What are your thoughts about toxic masculinity? Do you agree or disagree that there are problems in our society surrounding this concept?

Cameron is the creator of Supportive Fathers. He created Supportive Fathers as a way to help explore topics other dads encounter in everyday life. Cameron is very passionate about being a father to 2 year old daughter as well as being the husband possible to his wife. To read more of his story, please click here. 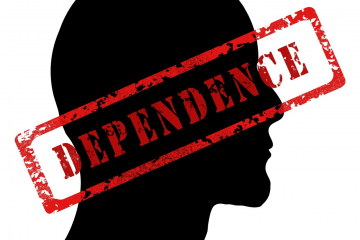 Addiction: Acknowledging Its Impact on Mental Health and Fatherhood 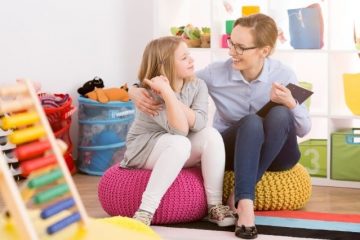 Counseling for Children: Simple Ways To Know When It is Needed 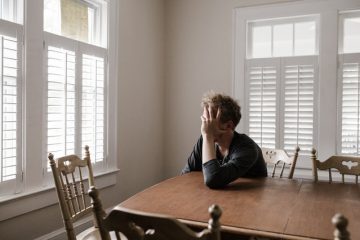 5 Simple Ways to Minimize Anxiety When Feeling Out of Control